If anyone knows how dangerous summers can be while living on the streets, it’s Robert.

In 2019, his parole officer recommended that, in order to overcome his addiction, he enroll in recovery at Phoenix Rescue Mission. Even though Robert readily agreed, he was already making other plans. He blew off his intake appointment and spent the next couple of months on the streets trying to stay out of sight. But he didn’t take into account the fact that it was summer.

The decision to run almost cost him his life.

“It was rough,” Robert remembers. “I would bounce between Starbucks and fast-food restaurants to stay cool. But then I collapsed one day in front of the library on 46th Street and Thomas. When I opened my eyes, there were paramedics standing over me. They said I was very dehydrated. They told me I was lucky I woke up.”

That near-death experience was a wake-up call for Robert. He knew that if he reconnected with his parole officer it would mean jail, possibly even prison time, but it was far better than the alternative.

“It was so bad that I turned myself in. I told them I would accept whatever conviction they gave me. But instead of locking me up, they still allowed me to go to Phoenix Rescue Mission!”

Your support saved Robert’s life. We gladly welcomed him out of the deadly heat, connected him with recovery classes, counseling, and case management tools that would help break the hold addiction had on his life and gave him the tools he needed to find transformation.

Today Robert is better than safe. He’s sober, he’s a graduate of our Men’s Recovery Program, and is currently enrolled in tech school working on his A+ technical certification with plans to become an IT professional.

It’s only by God’s grace and your support that Robert survived the summer of 2019 – 283 others didn’t.

When just 15 minutes in our intense summer sun can cause heatstroke, hundreds stranded on the streets don’t have a chance.

With temperatures rising, more lives are on the line. We can change it. Help put a bottle of water and a message of hope in someone’s hand when it means the most. 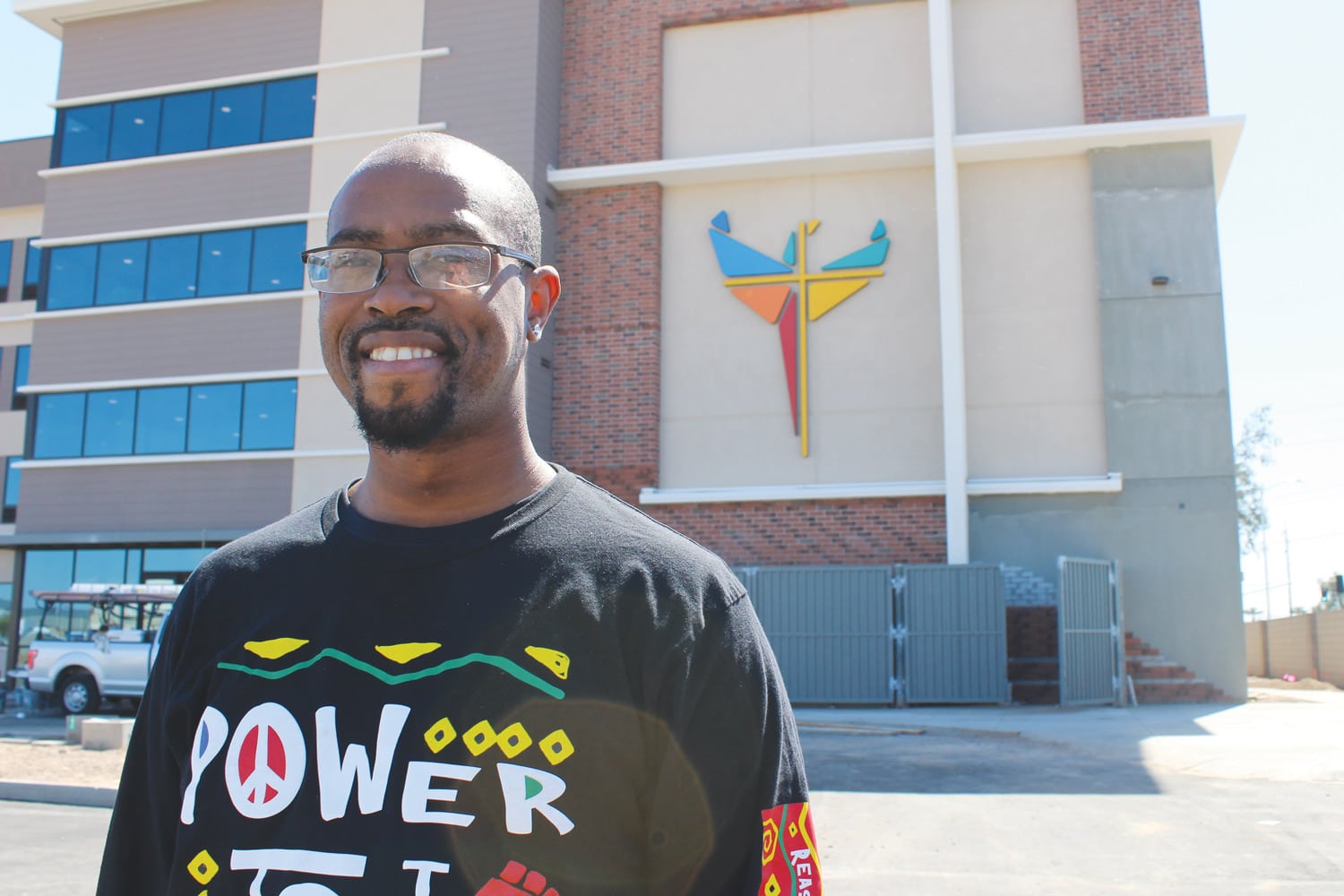 A graduate of our Recovery Program and currently attending tech school to become an IT professional, Robert’s future is promising, thanks to your support.

The Phoenix Rescue Mission is a charitable organization that offers a number of Christ-centered programs and services for men, women, and children in the Phoenix, Arizona metro area who are struggling with homelessness, drug addiction, and trauma.

Hope Begins with a Meal

Having a hot meal and a safe place to stay can be the start of a new life. Every day, they provide over 600 meals to hungry men, women, and children in our community. They also provide clothing, shelter, showers, spiritual guidance, and comprehensive recovery programs for men and women in the grips of addiction.

Their residential, 12-18 month Transformations recovery program graduates men and women who are spiritually rejuvenated, and mentally and physically prepared to re-enter society as productive citizens.

Their Changing Lives Center for women & children is a live-in campus where families can heal from addictions, abuse, and other trauma. Clients enter their Transformations recovery program, and those with children benefit from on-site childcare and after-school education.

Their Hope Coach mobile ministry travels the streets of Phoenix every day to reach the lost and hurting, distributing water and ‘hope totes’ filled with bag lunches, hygiene kits, clean socks, and other necessities.

It looks a lot like Tim, an alcoholic who woke up facedown in a drainage ditch one morning, surrounded by garbage and booze bottles. Or like Juan and Veronica, a young couple hooked on meth, living in a makeshift tent made of bedsheets. But it also looks a lot like Stan, a veteran TV producer who lost his job after 22 years. Or Steve, whose hours at work were cut drastically. Or Cheryl, who had no place to turn when her husband threw her and their daughters out on the street.

We would love to have you join us as a volunteer in this life-changing ministry!

Janet, a former addict, is now one of our regular volunteers. “I still see my old self in many of the faces of the men and women at the Mission,” she says. “I’ve gained so much from volunteering. My journey led me full circle — I am home again.”