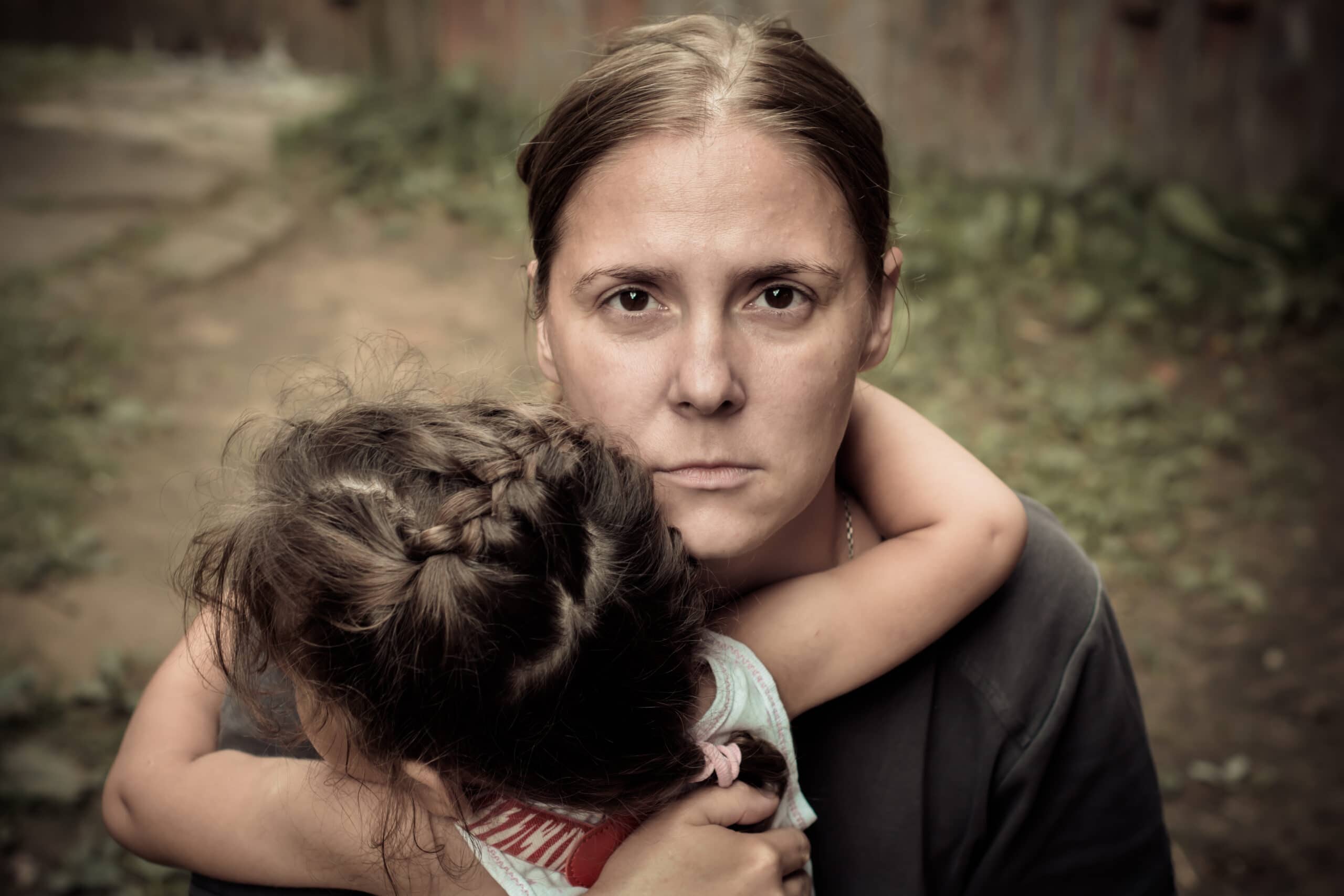 “As Councilman, I will take the lead on working with community leaders and charitable organizations to get people the help they need and break the cycle of poverty.” – Moses Sanchez

STATUS QUO: The ills of homelessness and poverty affect our entire community, as the Phoenix area is 2nd in the nation in extreme poverty rates. We’ve seen a lack of leadership from City Hall when it comes to partnering with charitable organizations and increasing efficiencies when it comes to caring for those most in need.

“Phoenix deserves better than the status quo of cyclical homelessness and poverty in our communities.”

We need one municipal program that improves communication between city departments and the private sector, improving efficiencies and getting those in need the help they deserve. As Councilmember, I will lead the way on the creation of “First Step Phoenix”. My vision for “First Step” is an initiative that focuses on providing resources to those in need, including temporary employment, housing (including permanent housing and housing support), and rehabilitation services.

Similar to the public-private partnerships (P3) we see for infrastructure projects, Phoenix should partner with private companies and organizations to fund programs based on results that have a social impact. From reducing homelessness to enabling children in low-income households to receive education assistance, Phoenix must be a leader in social impact partnerships that drive results and improve our city’s quality of life.

For too many charities and affordable housing providers, the abundance of regulations at City Hall makes it difficult to provide options to low-income families. As Councilman, I will fight to reduce the number of regulations at City Hall for these providers and lead on the partnerships between the City, affordable housing providers, and homeless shelter to create more housing options for everyone in our community.

Too often, community organizations have run into bureaucracy and red tape at City Hall when it comes to fulfilling their mission. We need to reform the way City Hall looks at regulatory barriers and allow charitable organizations the freedom to serve our indigent population the best way they can instead of standing in their way.

Homelessness and chronic homelessness is not just a Phoenix problem; it is a regional and national issue that will need leaders from across the Valley working together. I will fight to establish a regional task force that encourages collaboration between cities and focuses on best practices to get those in need of the proper resources.

Below is a summary of a great piece of journalism in 2020 by Jessica Boehm of the Arizona Republic.

More than 500 people experiencing homelessness in metro Phoenix died in the first nine months of 2020.

The unexpected and deadly COVID 19 pandemic — which ravaged the world this year and killed more than 7,000 Arizonans —  was known to be responsible for only four of those deaths.

The rest were caused by the same concerns that killed hundreds of homeless people last year and, in all likelihood, will kill hundreds more next year.

Nearly all of the people who died were not staying at a shelter at the time of their death. Their bodies were found outside — in tents, on sidewalks, in a Porta Potty, under freeway tunnels and in dry river bottoms.

Most of their deaths were preventable. Nearly all of them were caused or expedited by the conditions in which they lived, according to an Arizona Republic analysis of medical examiner reports.

A surefire way to prolong their lives would be to provide stable transitional housing, and, in the interim, safe and accessible emergency shelter.

Metro Phoenix does not have enough of either of those resources, which is reflected in the record number of street deaths recorded this year.

“This number of people who died on the streets, it needs to be a wake-up call to our policymakers and our leaders,” said Lisa Glow, CEO of Central Arizona Shelter Services.

Most of those who died perished alone on metro Phoenix streets. They were buried only with government employees and a single clergy member to bear witness.

Some had hobbies and college degrees, memorable senses of humor and artistic talents.

They had families and people who cared about them — some of whom learned weeks or months later that their loved one had passed.

Homelessness is increasing in Maricopa County, but the number of deaths appears to be increasing at a much higher rate.

2020 likely saw a record number of homeless deaths in Maricopa County, although it’s impossible to say for sure since the Maricopa County Office of the Medical Examiner only began tracking the data consistently this year.

Previously, investigators would write “transient” in the address box on their reports if they believed people were homeless at the time of their death. But that wasn’t always done consistently, according to Chief Medical Examiner Jeffrey Johnston.

The office started using a new system in December 2019 that requires investigators to check “yes” or “no” as to whether the person who died was homeless before death. Johnston said investigators now have been trained to ask questions about the person’s housing status during an investigation.

“We probably have undercounted (in the past) and unfortunately we don’t really know by how much,” Johnston said.

Even with the old, less-scientific way of capturing housing information, homeless deaths were increasing exponentially each year between  2017-2019, according to The Republic’s analysis.

And this year, the death rate was significantly higher than in years past, according to Dr. Christopher Pexton, medical director of Circle the City’s downtown family health center. Circle the City is the provider of health care for the homeless in Maricopa County.

Though the COVID-19 virus itself was not significantly lethal in the homeless population, the virus’ impact on services, shelter and psyche likely played a role in the increased death rate, Pexton said.

COVID-19 hit its first peak in Arizona during the summer. Many fast-food restaurants, libraries, community centers, homeless service providers and other places where people living on the streets would congregate and take respite closed to the public in an attempt to slow the spread of the virus.

The closures also meant fewer indoor spaces to cool down from the extreme summer heat. Heat deaths of people experiencing homelessness more than doubled between 2019 and 2020, according to Maricopa County data.

Who are the people who died on the streets of metro Phoenix?

The average person experiencing homelessness who died in the first nine months of 2020 in Maricopa County was older than 45, white and male, according to The Republic’s analysis.

The average age at the time of death was 49, and almost one-quarter were over the age of 60 when they died, illustrating a troubling trend of increasing senior homelessness.

More than 80% of the people who died were men.

The races and ethnicity of the people who died do not align with Maricopa County population numbers, but they do match up with the homeless population demographics in the county.

Why did they die? ‘The perfect storm’

Of the 484 deaths where the cause of death has been determined:

Most deaths were a combination of several factors.

“The things that I saw consistently were some combination of heat, chronic illness and either an acute illness or substance abuse that just resulted in the perfect storm that resulted in a lot of people dying,” Pexton said.

How to help people experiencing homelessness in metro Phoenix

There were at least 7,419 people experiencing homelessness in metro Phoenix at the start of 2020 when providers conducted the annual point-in-time count in Maricopa County.

That number likely has increased over the course of the year as COVID-19-related job loss has forced even more Arizonans into homelessness.

More than half of the people experiencing homelessness in the county are living “unsheltered” — sleeping on the streets, in desert washes, vehicles or another place not meant for habitation.

People experiencing this type of homelessness have significant needs, from food and water to blankets and clothing.

If you’re interested in helping, dozens of nonprofits in metro Phoenix are accepting donations of goods and money to help care for our community’s most vulnerable.

Coverage of housing insecurity on azcentral.com and in The Arizona Republic is supported by a grant from the Arizona Community Foundation.

Phoenix Rescue Mission | Homelessness in the Valley of the Sun

A Report by the Phoenix Rescue Mission

More than 25,800 people in Maricopa County have no place to call home.

“I didn’t know how to be homeless.”

That’s what Mark said after coming to the Phoenix Rescue Mission. The day before, he had been digging through a dumpster for food.

Who does know how to be homeless? Who wants to know?

It’s impossible to say exactly how many homeless people are in the Phoenix area. But in 2015, officials counted 25,832 homeless people in Maricopa County throughout the year. On one particular night, there were 4,342 homeless individuals in shelters and 1,289 on the streets. This means that on any given day, there could be up to 5,500 homeless people in our county. And a still-recovering economy means that more and more people are experiencing homelessness for the first time — and many don’t know where to turn.

More families on the streets

The face of homelessness is changing too.

An astounding 37 percent of Maricopa County’s homeless people are families, usually single moms with kids. The Phoenix area ranks fifteenth highest in the U.S. for the number of homeless people in families.

Families experiencing homelessness move frequently between shelters, overcrowded apartments, and temporary arrangements with relatives or friends. All that moving around is traumatic, particularly for children. Lack of consistency, routines, privacy, safety, health care, uninterrupted schooling, and more make it hard for kids to flourish socially, emotionally, and academically.

The number of homeless people in families is on the rise throughout Arizona; many of them are victims of domestic violence. According to the DES, 4,346 adults and 4,095 children received help from domestic violence service providers in 2014.

So, why don’t I see this many people on the streets? The simplified definition of homelessness is that one does not have a consistent, livable place to call their own. Take children for example. According to DES, there are 29,763 children (pre-kindergarten through 12th grade) reported throughout Arizona as homeless. 65 percent of those children are doubled up (living temporarily with another family), 28 percent were living in shelters, which includes foster care, 4 percent were temporarily living in hotels, and 3 percent were living unsheltered. At the Mission, we serve all of these percentages, but we are especially passionate about reaching that last 3 percent that are on the streets.

When it comes to homelessness, Arizona, Maricopa County, and Phoenix have a serious problem, but the Phoenix Rescue Mission is making a difference.