Thank you for your generous contribution. Your donation will go a long way in supporting my campaign to be your next City Council Member.

If you would prefer to mail a check,  you can send it to:

Please be sure to include a campaign contribution form with your check!

Phoenix is the 5th largest city in the United States. We’re a vibrant, growing city and a great place to live, work, and play! Explore their website for news and to learn about city services. Follow them on social media.

The Phoenix City Council is made up of a mayor and eight councilmembers, elected by the people on a non-partisan ballot for four-year terms. There are 8 City of Phoenix council districts. 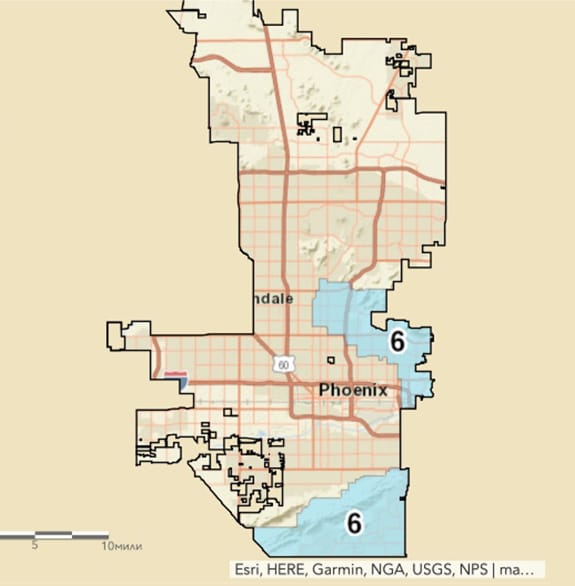 What are the boundaries of Phoenix City Council District 6?

Who is the Phoenix City Council District 6 representative?

Councilman Sal DiCiccio was appointed by the Mayor and Phoenix City Council to fill out the term of Councilman Greg Stanton on Feb. 10, 2009. DiCiccio was previously elected to serve Council District 6 in 1994 and 1998.

Councilman DiCiccio attended Arizona State University and earned a bachelor’s degree in Business. A businessman and fiscal conservative, DiCiccio looks for opportunities to stretch every dollar on behalf of the taxpayer.

How can I ask that the Councilman or a staff member attend an upcoming community meeting?

The District 6 staff, including Councilman DiCiccio, always like to know about community meetings in District 6 such as those put on by neighborhood associations, block watches, or local business alliances. Please contact our office at 602-262-7491 or council.district.6@phoenix.gov with information about an upcoming meeting and we will be sure to have Councilman DiCiccio or a staff member attend.

How do I find out the schedule for bulk trash pick-up in my neighborhood?

The city of Phoenix’s Public Works Department provides bulk trash pick-up as one of its many helpful services. Bulk trash consists mainly of those materials that cannot be placed in your green/black garbage container or recycled in your blue recycling container.

Bulk trash is collected from city-serviced residences four times each year. Material cannot be placed out for collection more than one week prior to collection, since it is important to keep neighborhoods and city looking clean and beautiful. To find the upcoming bulk trash collection days in your neighborhood, please click here.

How can I get a roll-off bin and/or tool trailer for a neighborhood clean-up?

First, schedule a neighborhood clean-up by getting five households in your neighborhood to participate. Please make sure to get their addresses and phone numbers so we can easily arrange for the bin for you. Next, contact our office at 602-262-7491 or council.district.6@phoenix.gov and we will help you fill out a form that the city’s Public Works Department requires for neighborhood clean-up requests.

Remember, Public Works requires two weeks notice to schedule all roll-off bin requests, so the sooner you get us the information about your neighborhood clean-up, the better. Roll-off bins and tool trailers are dropped off on Thursdays and Fridays and picked up the following Mondays and Tuesdays.

Who can I contact about blight in my neighborhood?

The city is committed to helping to keep Phoenix a safe, beautiful place to live. Some examples of blight in a neighborhood: inoperative motor vehicles, junk, trash, debris, peeling/chipped paint, commercial businesses operating in a residential zone, grass over 6 inches, dead trees or vegetation. If you would like to report blight in your neighborhood you may click HERE to report it online through the city’s Neighborhood Services Department.

You may also contact our office directly at 602-262-7491 or council.district.6@phoenix.gov with the details and we can report the blight concern for you. For more information about issues pertaining to property maintenance, zoning and non-permitted construction, please visit the Neighborhood Preservation Division’s Web site.

How can I find out information about issues going on in District 6?

The District 6 office has a variety of contact lists so that people can find out more information about the plans for the South Mountain Freeway alignment, the proposed Door-to-Door Solicitation Ordinance, and volunteer opportunities in the district.

Please contact us at 602-262-7491 or council.district.6@phoenix.gov with you contact information and let us know which of these lists you would like to be added to. To receive the general District 6 news updates that include important information about issues and events in the district, please click HERE to sign up for the District 6 E-mail List serve.

The Phoenix City Council is made up of a mayor and eight council members. They are elected on a non-partisan ballot for four-year terms. This interactive page will help you locate your City Council district. You can view its boundaries and discover ways to get in touch with your councilmember.

If you have any questions about your Phoenix City Council District, please call the Phoenix City Clerk Department at 602-261-8683

Who is on Phoenix City Council?

How much do Phoenix City Council members get paid?

Is Phoenix a Democratic city?

While the city of Phoenix leans towards the Democratic Party, along with some other small areas within the county, the rest of it tends to vote heavily Republican, making it one of the more conservative urban counties in the country.

Who is the Phoenix Mayor?

Who is the City Manager?

He has a proven track record at the city as a leader who understands the city’s finances and operations and the important balance between the city and the community and innovative solutions.

Barton’s 21-year career with the City of Phoenix started in 1999 as an internal auditor in the City Auditor Department. In the years that followed, he held a variety of roles that focused on the city’s sound financial stewardship, including multiple auditing positions, management assistant, and deputy Budget and Research Director. 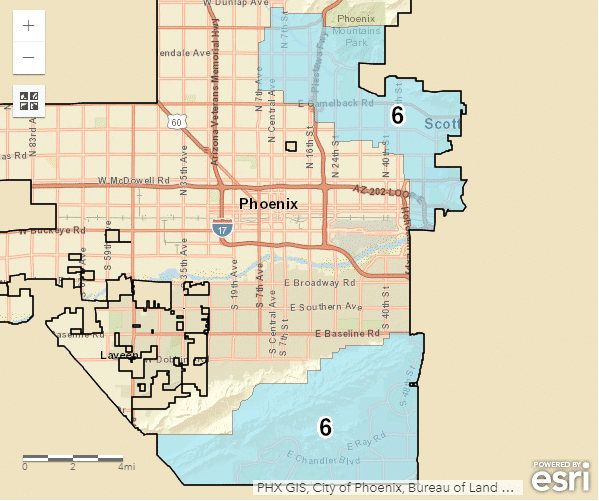 Councilman Sal DiCiccio was appointed by the Mayor and Phoenix City Council to fill out the term of Councilman Greg Stanton on Feb. 10, 2009. DiCiccio was previously elected by Phoenix voters to serve Council District 6 in 1994 and 1998.

Councilman DiCiccio attended Arizona State University and earned a bachelor’s degree in Business. A businessman and fiscal conservative, DiCiccio looks for opportunities to stretch every dollar on behalf of the taxpayer.