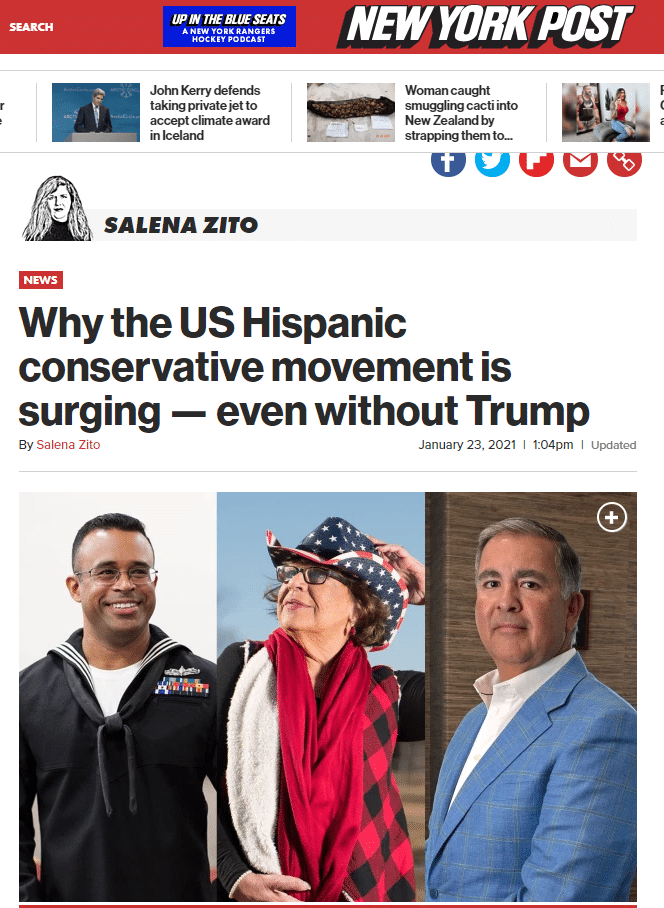 Moises Sanchez’s family moved to the United States from Panama, eventually settling in California, where his dad started out working in restaurants before quickly establishing himself.

After graduating from high school, Sanchez enlisted in the Navy.

After his service, he pursued a bachelor’s degree and an MBA at the University of Phoenix, where he became fascinated with conservatism and student government.

“It all started when they were raising the tuition credits from $11 to $13 per credit at the community colleges and the students were furious about this,” he explained.

“I ended up running for state Assembly against the person who voted to raise tuition rates at my school,” he said.

Sanchez lost but the local congressman noticed his passion, and hired him as a field representative. During this work, he met his wife, a Mexican-American obstetrician gynecologist named Dr. Maria Manriquez (above with Sanchez).

“She was a teenage, pregnant young lady who never graduated high school. And now she’s a world-renowned obstetrician and gynecologist,” he said. “Nobody gave her that. She worked her butt off for that. And today, she’s not only just an OB-GYN, but she’s an OB-GYN who specializes in addiction medicine.”

He settled in Arizona where his wife had her practice and her daughter, and they had two more children together. Meanwhile, Sanchez was elected to the Phoenix school board.

He voted for Donald Trump in both 2016 and 2020 because of his fiscal policies. “Hispanics, especially immigrants, come from countries where government has zero trust, zero confidence. They’re not big government fans at all. They don’t want the government to get to help them. That’s why they left their last country.”

Today, he runs a digital company with his daughter, Shannon, 26, and is proud of how far he’s come.

“At some point, you make this choice: Do I expect this place to give me everything, or do I make something of myself and give back? That clear choice is what makes me conservative.”