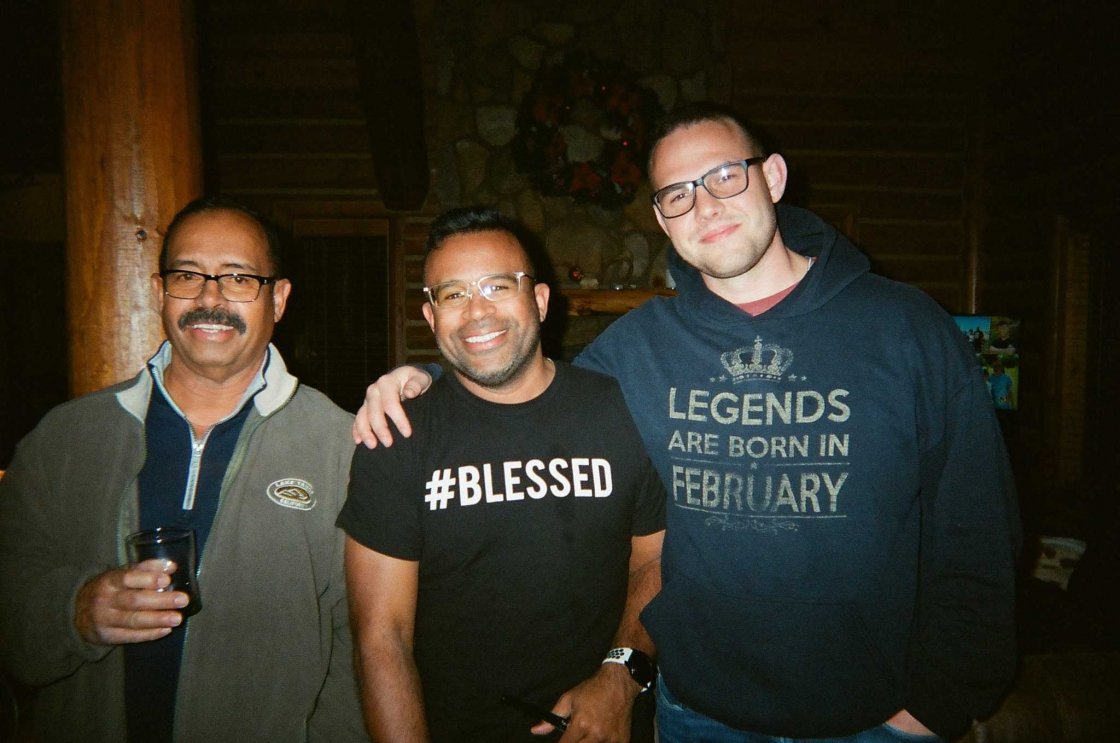 The New Year’s transition always brings back special memories and makes me extra grateful to be home with my family. I left Afghanistan on December 27th, 2011, and landed in the USA on January 4th, 2012. This New Year’s was slightly different and weighed heavier than normal.
My son, Liam Sanchez, moved back home in preparation for his first deployment.
He left on January 7th, 2022.

I remember ramping up for deployment in 2011. I was at a different point in my life than my son. Mid 30’s raising a family in Ahwatukee, my wife and TWO teenagers 13 (son) and 15 (daughter) and our oldest daughter was pregnant with our first grandkids (twins). I was juggling a lot of balls when I was deployed and I can tell you that I was a bit nervous. But things are different this deployment. This holiday season I felt significantly MORE nervous for my son’s deployment than I was for mine.
There’s not a day I don’t pray for his safety and every night I hope he had a better day than I did.

Deployments are tough. They are especially tough on the family. While we’re away training, fighting, and doing whatever it takes to accomplish the mission and come home safely, our family is at home adjusting to our absence.

Let me tell you a little more about my son Liam Gilpin Sanchez:

Liam was born exactly two weeks after my 20th birthday on February 17, 1997. Liam attended Cerritos and Altadena for elementary and middle school. While in middle school Liam (10) joined the US Naval Sea Cadet Corps. The United States Naval Sea Cadet Corps is a congressionally-chartered, U.S. Navy-sponsored organization that serves to teach individuals about the sea-going military services, U.S. naval operations and training, community service, citizenship, and an understanding of discipline and teamwork.

The Sea Cadets is an organization that I was blessed to be a part of when I was 13-18 years old and I encouraged both Shannon and Liam to join when they were young. Like any extra-curricular activity they participated in, I had them commit for one year, at which point if they didn’t feel like continuing they could move on to other extra-curricular activities. Shannon did her year, which included a two-week boot camp, as well as other forms of training, and then she moved on. Liam stayed in, wearing the Navy uniform until he enlisted in 2015.

He is a graduate of Desert Vista High School, class of 2015, which also happened to be the year I was the Governing Board President of the Tempe Union High School District Governing Board. This means. not only did I get to hand him his diploma on graduation day, but as board president, I signed all of the diplomas of the class of 2015. He ran cross country and wrestled while in high school and immediately after graduation he and his best friend joined the military.

Liam Sanchez is an IT2 in the Navy. In the Navy, information technology (IT) plays an important role in everything from electronic mail systems to shipboard control systems to Special Intelligence (SI) systems. With a broad range of responsibilities, Navy Information System Technicians (IT specialists) operate and maintain Navy global satellite telecommunications systems, mainframe computers, local and wide area networks, and micro-computer systems throughout the Fleet. He is an E-5, a Petty Officer 2nd Class, and an extremely hard-working sailor. He just reenlisted for another 6 years while closing in on his first 6-year enlistment.

His orders have him headed to Djibouti, on the Horn of Africa but orders are always subject to change. He is currently training in San Diego before he deploys overseas and he is in excellent spirits.

When Liam Sanchez isn’t on drill weekend he is a full-time security guard in one of the Chandler High Schools as an employee of the Chandler Unified School District. He wants to go into law enforcement after returning from deployment and would make a fine peace officer.